Greetings from Geneva: Study Abroad at the World Health Assembly 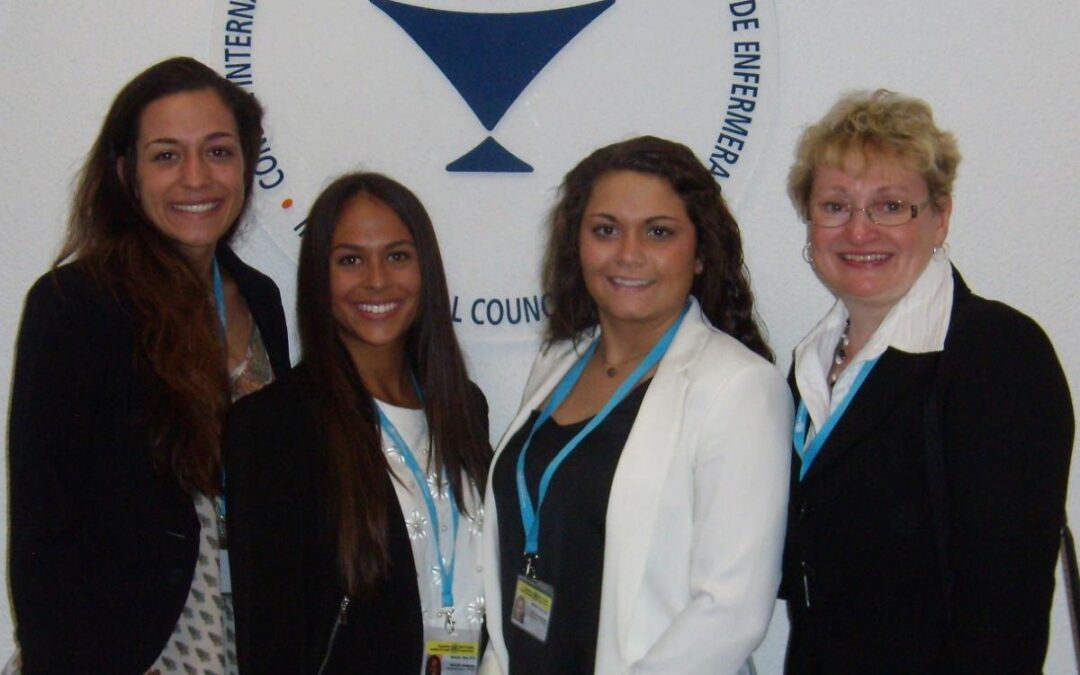 So far, things are going well. The weather has been very nice and the World Health Assembly (WHA) conference is good. It is fun to see the students all wide-eyed in this adventure.

We went to the International Council of Nurses Luncheon yesterday and met the ICN president, Judith Shamian, (third from left) who was extremely gracious with our students. She even acknowledged them in her speech. By the time we left, everyone knew about Kent State College of Nursing.

There was a group of 50 nurse leaders from around the world at the luncheon. Students were shy at first, but by the end they were “working the crowd” and had a great time meeting other attendees. By the time we left the luncheon, two students were serving as interpreters for Gloria del Carmen Arias de Medina, Supervisora de Nivel Central, Unidad de Enfermería, Ministerio de Salud de El Salvadora who could only speak Spanish, as the students were the only ones who knew some Spanish.

I have been attending the ICN morning briefing sessions as an ICN delegate (where they discuss the World Health Organization and what is going on behind the scenes at the World Health Assembly). We met Ms. Mary H. Kanu–chief nurse from Sierra Leone (back row, fifth from right) at the reception where Ebola cases have been rampant. 3,000 people from her country have died due to Ebola and 356 health care professionals died due to Ebola – 102 were nurses.

Ebola is a very political issue at the World Health Assembly (WHA). It seems there is no funding being allocated to educate health care workers or in planning the funds for the future. One issue discussed was the need for a plan for the care of the Ebola survivors. Vision problems will be a big issue with survivors.

The students had dinner with Patricia Thompson, (third from left) the CEO of Sigma Theta Tau International. She and the ICN president were great and talked about it being critical to being professionally active – starting now. They readily shared their stories with the students on how they developed their professional activism.