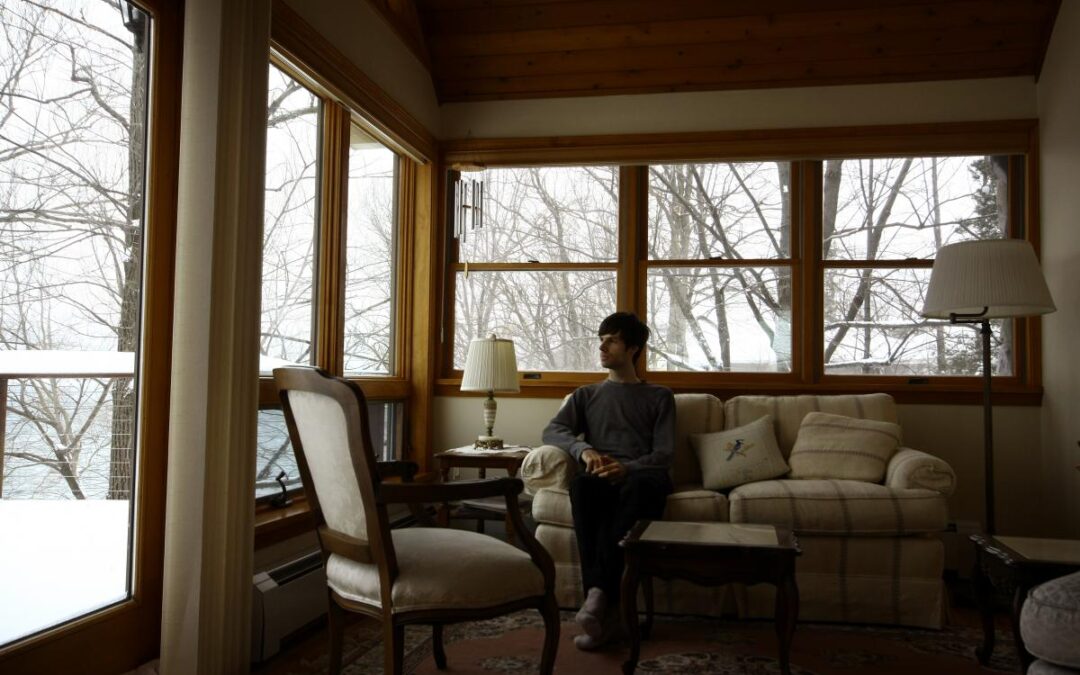 We used to call it “cabin fever” when I was growing up in Michigan. We would hear of its prevalence especially “up north,” which was how we referred to the Upper Peninsula. It wasn’t until the early 1980s (way after my childhood) that the condition was recognized by scientists as a clinical syndrome, seasonal affective disorder.7

SAD is a mood disorder with a seasonal pattern that is more common among people who live further from the equator. The type of mood disorder that is relatively common during this time of year when there are fewer hours of daylight is depression.

For those of us who live in northern Ohio, the prevalence of SAD is roughly in the middle of the range between Florida (1% of the population) and Alaska (9%).3 Sub-clinical SAD or the “winter blues,” with less severe symptoms, is much more common.

Symptoms of SAD, like sadness and hopelessness, are similar to those of depression that does not have a seasonal pattern. Seasonal depression, however, also tends to have a characteristic set of symptoms including:

If these symptoms begin in autumn and abate in late winter or early spring in a cyclic way, a seasonal pattern is confirmed.1

While it is apparent that fewer daylight hours trigger seasonal depression, why and how that happens is not so clear. Possible suspects are dysregulation of serotonin, overproduction of melatonin, disruption of the body’s circadian rhythm, and reduced availability of Vitamin D.4

Genetic and sociocultural influences may be at play as well, since females, younger people, and folks with a personal or family history of mood disorders are at higher risk. It would not be unlikely that the mechanism involves an interaction of some or all of those factors.

What can one do?

If you have the winter blues, bundle up and get yourself outside during the day even if you don’t like cold weather. Exposure to daylight, especially in the morning, helps stabilize the mood and a brisk walk has so many additional benefits.

If time outside is not feasible, open the window blinds and curtains and sit near a window that is bright with sunlight whenever possible. (I know, Northeast Ohio isn’t known for sunny winter days, but stay with me here. Trust that enough sunlight gets through those clouds we see so frequently.)

If your symptoms are more severe and affect your ability to function or result in thoughts about suicide, it’s time to see a psychiatric advanced practice nurse or other mental health care clinician. Together, you can decide which treatment or combination of therapies would be best for you—light therapy, antidepressant medication, or psychotherapy.

Light therapy or phototherapy is a first-line treatment for SAD. Sitting near a light therapy box or in a research-designed lightroom, each simulating outdoor light, are effective in reducing depressive symptoms.2, 5 While light therapy boxes can be purchased without a prescription, it is best to consult with a mental health provider regarding dosing (duration and intensity of the light). While generally safe and well tolerated, light therapy is not without risks. For example, manic episodes may be triggered in people with bipolar illness.

Antidepressant medications have also been prescribed for SAD with an effectiveness that is comparable to light therapy.9 As with light therapy, the benefits of antidepressants must be weighed against the risks of side effects.

Psychotherapy is a third treatment strategy for SAD. In a recent study, cognitive behavioral therapy tailored for SAD was found to be effective in preventing recurrence of symptoms in a way that is superior even to light therapy.6

So, while there are several ways to combat the winter blues and promising treatments for SAD, I am certain the ancients knew that the dark of the winter season was bad for mental health. Otherwise, why have firelight as the centerpiece for winter festivals celebrated by people of so many traditions?  A reminder that keeps a smile on my face is that now that the winter solstice has passed, the days are slowly getting longer. Spring cannot be far behind!