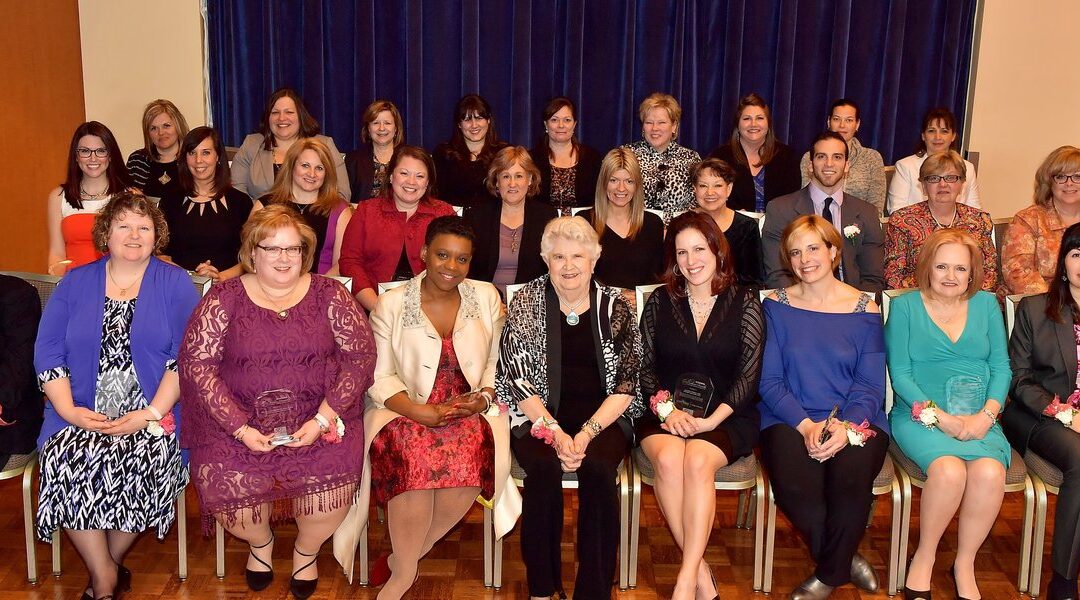 “Precepting is an enormous responsibility taken on by individuals who wish to encourage and guide the next generation of nursing professionals,” said Barbara Broome, Ph.D., RN, FAAN, dean of the college. “A great preceptor can have a profound impact on the learning, advancement and success of our students.”

The evening centered on empathy, as guest speaker, Mary Kutchin, Ph.D.(c)., MSN, RN, CNS, Kent State College of Nursing alumna, lecturer, and a 2015 recipient of the Donaho Award, reminded the honorees they were there because they made the students feel courageous and optimistic about a future in the nursing profession.

Following Kutchin’s remarks, recipients were presented with an engraved crystal award as their nominations were read aloud.

Started in 2007, the award is named after Barbara A. Donaho, a long-time friend and supporter of Kent State and the College of Nursing. Since the awards’ inception, the College has recognized nearly 300 outstanding preceptors who have made a significant impact on nursing students and future nurse leaders.