From First Generation College Student to Dean of Nursing 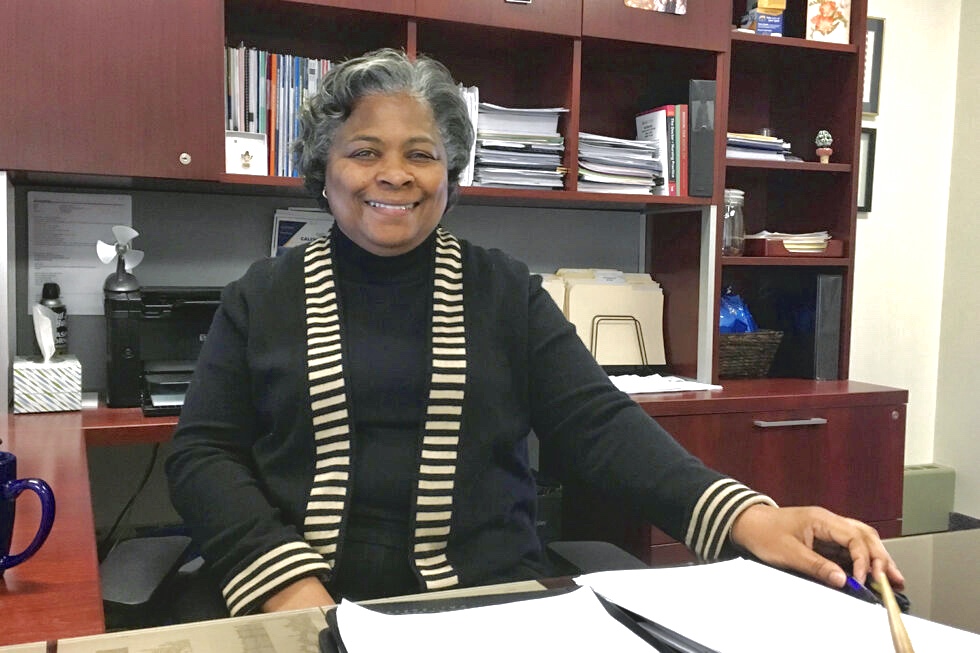 Dean Barbara Broome, Ph.D., RN, FAAN, Kent State University College of Nursing, did not always dream of becoming a nurse. “Many people say they always wanted to be a nurse, but that was not me. I was married with children and had a good job,” said Broome. However, organizational downsizing forced her to consider new career opportunities. Drawn to nursing initially because of its job security, Broome wanted to make sure it would be something she loved, too. “I completed my education as a practical nurse and my first job as an LPN was working in nursing homes. It was not glamorous, but I really enjoyed it and discovered this was what I was meant to do.”

Enrolling in Kent State’s nursing program was an exciting experience for Dean Broome. “I was the first in my family to finish high school, and now I was going to get a college education. It was just remarkable! All I wanted was to be successful.” As a non-traditional student, Broome said she quickly learned to prioritize her time as she continued to work full-time, raise her family, shuttle children to various activities, and still find time to study and get good grades. “I was very fortunate my husband was in my corner,” said Broome. “Together, we overcame any challenge.” In their own special way, Broome’s children also supported her while she continued her education. “Kent State use to mail grades home. My kids would race to the mailbox to get them before me. Then they would proudly hang the report card on the refrigerator just like I did with theirs.”

The times when Broome found herself struggling, there was always someone pushing her to be better. Connie Stopper, Ph.D., Associate Dean of the College of Nursing at the time, offered Broome several options after her mother passed away near the end of fall semester during her baccalaureate program.  Stopper offered Broome the option of sitting for the final exam or retaking the whole class. “She changed my life because she believed in me when I did not believe in myself. She was always encouraging me.” Other faculty members inspired Broome as well. “Ruth Ludwig, Ph.D., RN-C, CNS, Carol Sedlak, Ph.D., RN, CNS, CNE, FAAN, Davina Gosnell, Ph.D., RN, and so many more taught me to never give up on a person. Give them encouragement and they will do well.”

While working full time in critical care and the emergency room, Broome decided to continue her education and enrolled in the master’s program.  She continued to work full time, worked as a graduate research assistant and went to school full time.  Upon completing her master’s degree, Broome began teaching at Kent State Trumbull; an opportunity she says allowed her to help students become successful. “I had not graduated that long ago and could relate to their trials of not knowing how to study, trying to juggle family time, still wanting to have some fun, and feeling guilty because they should be studying.” While teaching, Broome worked part-time in the hospital to keep her skills sharp. Her most memorable nursing moments center on listening to her patients and becoming attuned with their needs. “I didn’t have to be the person who moved all kinds of mountains; it was often something small that made such a huge difference. Figuring out what my patients needed to make their existence feel a little bit better was when I realized I made a difference.”

The desire to be successful and gain new knowledge and skills inspired Broome to obtain her doctorate degree. Following her graduation from the University of Pittsburgh with her Ph.D., an opportunity to advance her career presented itself when a former doctoral classmate reached out to Broome about a leadership position available in Alabama. “I had never thought about becoming a Dean, mostly I just enjoyed teaching. Nevertheless, I went and interviewed and it was a good fit.” Broome served as the associate dean and chair of the department of community-mental health at the University of South Alabama College of Nursing for 15 years.

When news reached her that Kent State University College of Nursing was searching for a new dean, Broome thought, “I have nothing to lose.” Arriving on campus for her interview, Broome described it as coming home. “Walking into the College of Nursing after all those years, it was as if nothing had changed. I knew where everything was, and I knew many of the people. It was a very exciting time for me. Coming back was easy to do.”

Returning to Kent State did not come without its challenges. Knowing many of the people in the building proved to be both a benefit and a challenge for Broome. “Many of them were my teachers or my colleagues when I worked here previously. Coming back to be their leader was intimidating for me because it was a completely different feel.” However, it was not long before Broome, the faculty and staff learned to navigate their new relationship.

“To have come full circle, back to Kent State University College of Nursing as the Dean, I feel so honored. It is like nothing I ever could have imagined,” said Broome. “There are no words to describe it. It is exciting, challenging, and I love every minute.”

Dean Broome retired from Kent State University College of Nursing on June 30, 2020. Visit www.kent.edu/node/927631 to read Dean Broome’s reflections on her academic career and service to the university.