Rise Above the Challenges 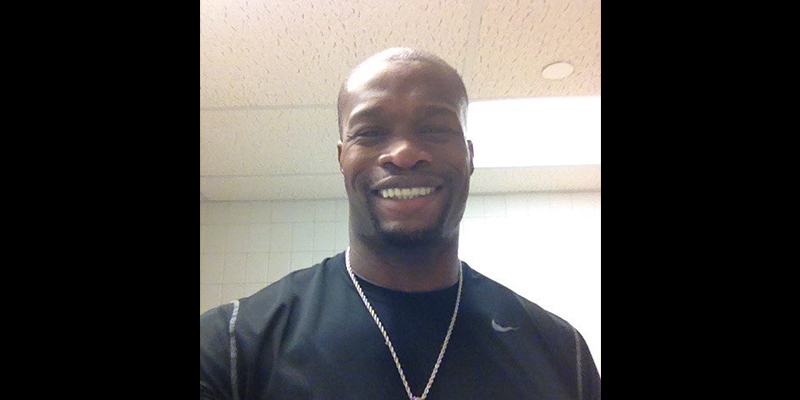 Anthony Jackson, BSN ’13, did not grow up wanting to work in the medical field. That was his younger sister, Christina’s, dream. With a desire to one day be a doctor, she was studying biology at Kent State University when she passed away from a blood clot in her heart. Jackson, who was a professional basketball player in France at the time, wanted to do something to honor her memory by helping people. “Her death started me on my journey of understanding my own mortality and being more present. I kept seeing advertisements about Kent State University College of Nursing’s accelerated nursing program and decided to try it.”

While in the nursing program, Jackson’s 16 year-old brother, Jason, was murdered. An experience in the Emergency Department (ED) that day further fueled Jackson’s desire to help others, particularly patients and their families in the ED. “When I arrived, I was told not to touch my brother in case I disturbed the evidence. The only person who consoled me was a tech named Roberta.” Years later, Jackson would work in that same ED as a tech before becoming a nurse.

His nursing journey was challenging in other ways. As an African American male and former athlete, Jackson shared that he has been the recipient of cognitive dissonance and micro aggressions. While dealing with those attitudes was difficult for Jackson, he chose to rise above the challenges they represented. “I confront stereo types by attempting to be the best at everything I do. I work harder and smarter. This starts by having balance in my personal life, which allows me to be my best as a nursing professional.”

Reflecting on his nursing career thus far, Jackson recalled an interaction in the ED with a mother and her ill child that has brought him full circle. Kodi Pride brought her child, Lorrelle Pride, who was experiencing respiratory distress, to the ED. While taking care of Lorrelle, Jackson noticed Kodi did not come into her daughter’s room. Jackson sought out Kodi and learned the heartbreaking news that many caregivers requested that she stay out of their way by leaving the room. “I told her that was unacceptable and cleared a spot for her next to Lorrelle’s bed. I reminded her that she was important and that Lorrelle was her child, and she needed to be there as her mom.” For Jackson, it was a normal day at work, but when Kodi reached out to him after her daughter passed away months later, he learned just how much that act of kindness meant to her. “I was reminded of Roberta and how she took the time to comfort me. I never want to forget how important human interaction and compassion can be for the ones we are taking care of.”

To inspire students of underrepresented populations to start thinking about the nursing field, Jackson believes more underrepresented nursing role models need to be in the spotlight. Reflecting back on his own journey, Jackson credits his success to his own role models, Pastor Mary L. Stone, his father, Anthony Jackson, Sr., his mother, Dortha Jackson, and his college coach, Rollie Massimino. To Jackson, these individuals represent selflessness, faithfulness, determination, pride and self-belief.

It is vital to share stories of role models’ success, but Jackson says it is equally as important to learn about the failures those individuals overcame along the way. According to him, the most substantial lessons in life usually come from failures or loss. “I failed nursing school and had to earn my way back in.” While attending the accelerated nursing program full time, Jackson was working a full time and part time job to provide for his family. “I had reached my limit, and failed out, but that was okay.”

Jackson believes students of underrepresented populations should receive information about nursing career opportunities at a much younger age. “To help improve diversity in the nursing field and encourage more to enter the healthcare profession, they need to be made aware of nursing roles in administration, information technology, psychology, education, travel nursing, and home health just to name a few. Most of these students only know about bedside nursing.” Remembering his own struggles, Jackson wants to remind underrepresented students to have faith in their abilities. “I knew I could pass nursing school and that it was going to be worth it. But I had to make sacrifices along the way and learn to work through the struggle.” Quoting Earl Nightingale, an American motivational speaker and author, Jackson’s advice to students is simple, “Never give up on a dream just because of the time it will take to accomplish it. The time will pass anyway.”