Comparisons of Health Delivery Between Italy and the United States 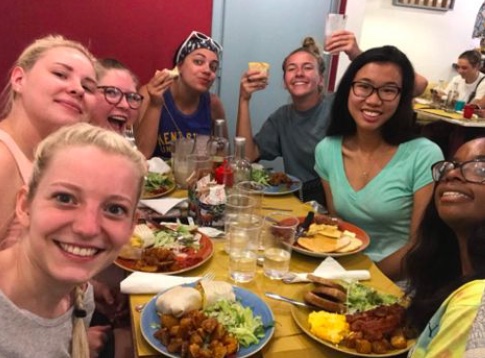 Throughout our lectures this week, we primarily discussed the U.S. healthcare system; more specifically elder care, the Affordable Care Act, and insurance companies’ role in the system. We learned that financial responsibility is a critical difference in the United States and Italian healthcare systems. Italian healthcare financing relies solely on taxes and coverage from insurance companies is optional. Due to the fact that healthcare is seen as a right and not a privilege, everyone has access to reliable healthcare. If the need for medical services arises, patients in Italy are granted a certain amount of money to cover their medical bills. However, if someone exceeds that amount then they are responsible for the bill that is sent to them. The only problem is that there are so little taxes brought in because not everyone pays Italian taxes and no one is forced; they are only encouraged. The United States, however, enforces taxation; citizens receive a fine for tax evasion and/or jail time if they do not pay taxes.

We went on two field trips. On Monday, we experienced a very moving lecture from the University of Siena on immunizations. It was brought to our attention that infectious disease is still a huge problem around the world due to financial struggles of developing nations. Certain diseases, such as polio, could be globally eradicated if countries, like Pakistan for example, had the economic means to provide the immunization. There are many critics in the world on whether or not immunizations truly help the human race. The doctors of this intensive institute provided several groundbreaking statistics to show just how successful vaccines have been over time. For the second part of our Monday field trip, we went to Santa Maria della Scala and the Duomo di Siena. Since the hospital is positioned in front of the church, it can be inferred that a direct relationship between the church and healthcare existed in ancient Italy. In one of the underground floors of this hospital/museum, there was a hidden gem in the wall: bones of corpses from the plague buried inside of the walls. Seeing these burials really put into perspective the amount of deaths that occurred during this time and the limited resources that the hospital had to provide a proper burial for the deaths of the plague.

On our second field trip, we took a trip to the Natural History Museum in Florence. Within this beautiful museum, there was an anatomical wax exhibit that was used as an academic resource for medical students during the 1700’s and 1800’s. The wax figures of nearly all human body parts and organ systems introduced human anatomy to ancient Italy’s public. These figures had intricate parts that include all veins, nerves, and blood vessels all wound together in perfect unison. The amount of time that it took for these artists to complete just one of these models accurately is astounding. According to our guide, it could take up to one year using many cadavers to create just one model.

Touring Sienna, the museum of Florence, and attending the lecture at the University in Sienna were an eye-opening experiences. Our group learned that even though Italy had limited resources in the past, it does whatever it can to make sure that healthcare is available to all Italian citizens. Immunizations are available to everyone, and there are labs currently developing these vaccines even further. Compared to the U.S., there are certain aspects of the Italian healthcare system that would potentially improve our own U.S. healthcare practices. However, with universal healthcare comes economic troubles in other areas; such as the need for higher tax burdens to pay for healthcare. It may be possible that there is a happy medium between the Italian and American systems.