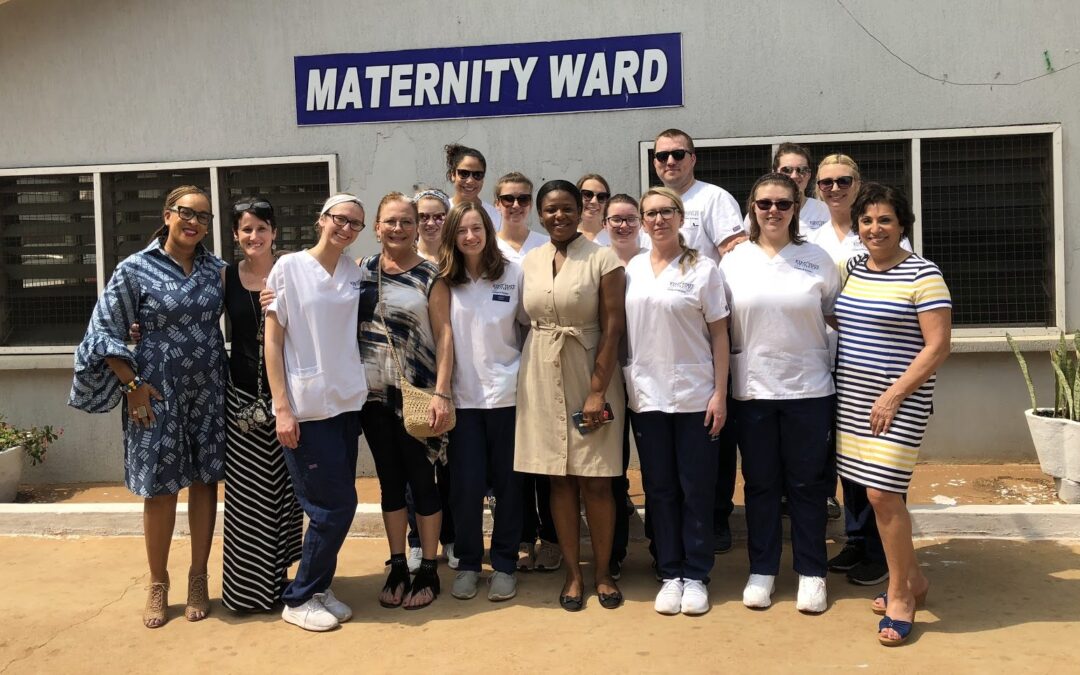 On our second full day in Accra, Ghana, we visited the 37 Military Hospital. As one of the largest hospitals in the country, it is especially known for providing care primarily to members of the Ghanaian military and their families, although care may also be provided to civilian patients. The hospital’s name is derived from the fact that it was the 37th military hospital to be built in West Africa. While many of the other military hospitals have since closed, 37 Military Hospital remains and has chosen to keep its unique name. We were grateful for the opportunity to tour the emergency room, pediatric emergency room, VIP suite, and neonatal intensive care unit (NICU). As this was a military organization, we were asked not to take photos beyond our group picture outside the Maternity Ward.

While walking around the hospital, the Ghanaian community approach to healthcare was very apparent. The general wards at 37 Military Hospital were separated into men’s and women’s units, consisting of one large room with several beds. With this setup, the patients could see and interact with one another; they were not isolated like patients in healthcare facilities in the United States. The VIP units, on the other hand, appeared to be closer to facilities in the United States as they featured single, double, or quadruple rooms with independent bathrooms.

One highlight of this visit was our tour of the NICU. It was incredible to see how they care for critically sick babies in the first few days of life. As we moved through the ward, it broke our hearts to see babies fighting to stay alive. The NICU at the 37 Military Hospital did not have much in the way of advanced medical equipment. However, a grant the hospital received last year has allowed the staff to purchase several incubators, CPAP machines, and ventilators for their NICU patients. It was truly amazing to see how the doctors and nurses were able to care for these babies and keep them alive without all of the amenities we are accustomed to in the United States.