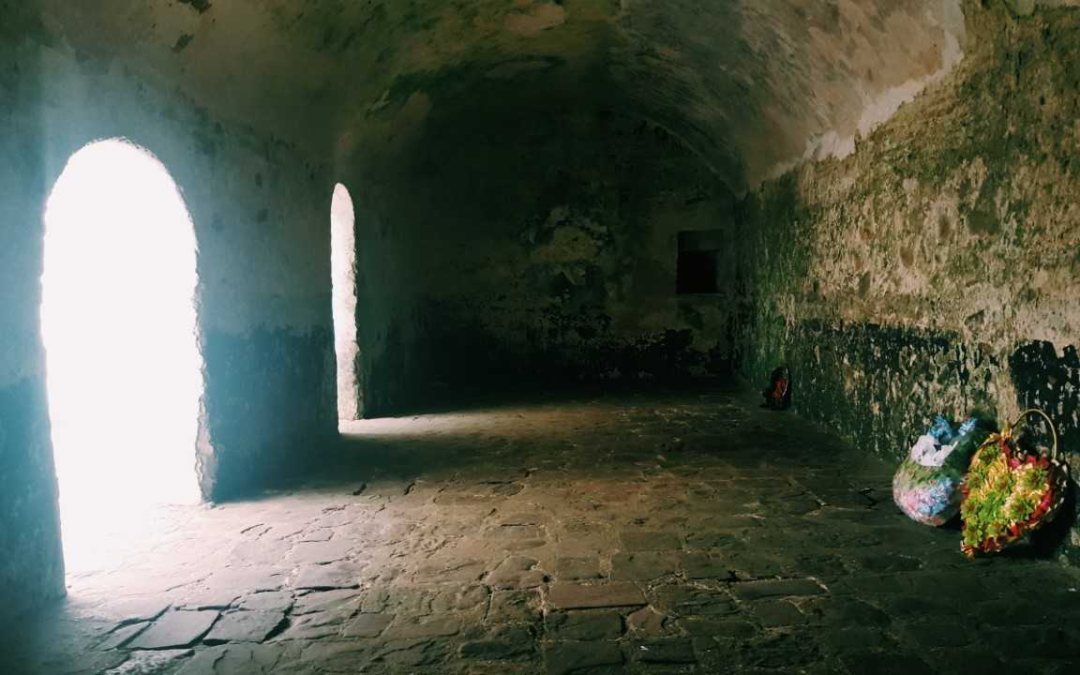 Elmina Castle is the oldest building in Africa south of the Sahara desert, standing for 537 years. As the largest slave castle in the transatlantic slave trade, it now pays respect to the millions of people who suffered at the hands of slavery. Ownership of Elmina Castle passed from the Portuguese to the Dutch, to the English, before finally residing in Ghanaian control for the past 62 years. The resounding feelings we experienced throughout our visit to the castle were rooted in the horrific understanding that life never got better for the people who were captive here. This notion allowed us to connect to our own roots, considering the hardships that our own ancestors may have endured – both in Ghana and other countries. The tour was both sobering and thought-provoking.

Our guide took us step-by-step through the castle, vividly explaining and depicting the dreadful details of torture and rape that took place, all while the

Europeans lived luxuriously, enjoying the beautiful view of the Gulf of Guinea and attending their churches to give praise for their good fortune. The guide explained slaves were often punished by being chained in a public area without food, water or shelter. Inside the Women’s Dungeon, 100-150 women would be kept behind heavy iron-barred doors in inhumane conditions. They were subjected to all kinds of indignities, torture, and humiliation. A portal located on the seaboard side of the castle named the “Door of No Return” lead to the place where slaves would board ships that would take them on a treacherous journey across the Atlantic, never to return to Africa.

This juxtaposition of these circumstances perplexed us and brought about a long conversation of the social injustices that occurred and the difficulty in fully understanding the various aspects of human trafficking that still exists today. Education on this topic leads to enlightened self-awareness which drives humanity to promote this essential advocacy because the known can never again become the unknown.