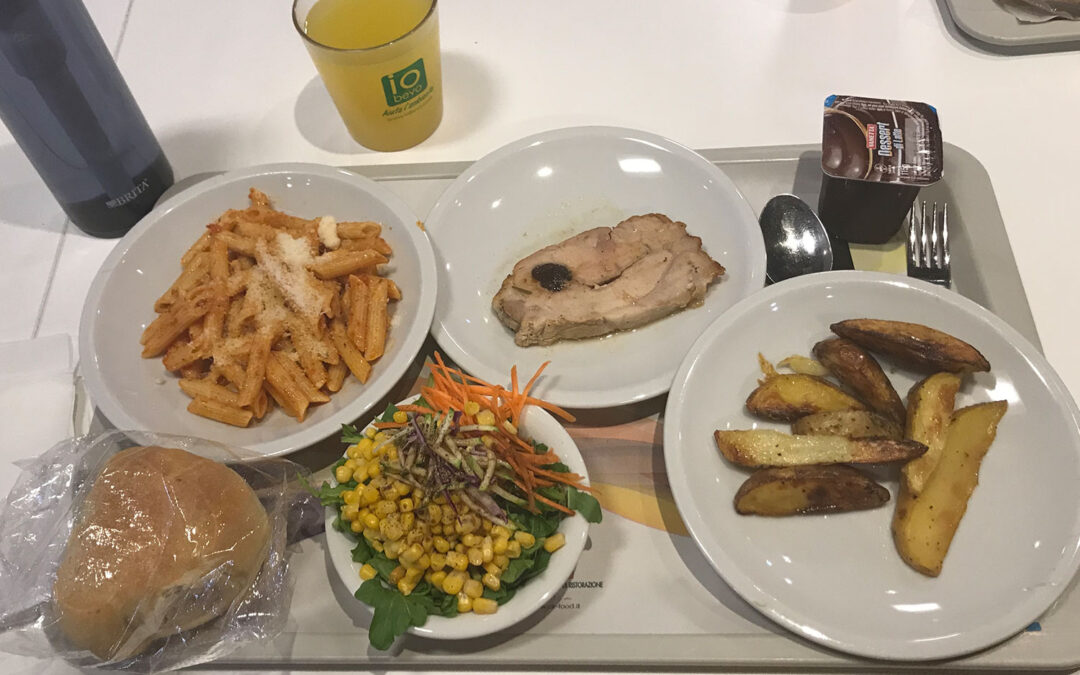 We had the opportunity to visit the Mensa, a college cafeteria not far from the Kent State University Florence campus. The building was covered in graffiti, had raggedy couches lining the outside walls and seemed to be deserted. We had no idea what to expect. Inside, it was a different world. We walked into a clean and pristine cafeteria that was very modern in style. The room was full of color and many inviting smells. Although the staff did not speak much English, they were excited to show us their place of work and how it was organized. We learned how the cafeteria functioned, what their menu consisted of, and how their kitchen worked. Before entering the kitchen, we had to suit up in plastic coats, hairnets and shoe covers to make sure we were not going to contaminate anything while we were in there. We were impressed by the cleanliness of the kitchen and how they separated food groups into different areas. Vegetables and meat were prepared in different spaces. The staff also distinguished dishes into ones that came from the kitchen and ones that came from the cafeteria. The most impressive part was that there was a separate kitchen designated specifically for gluten-free foods. We had the opportunity to experience what a meal is like for students who choose to eat in the cafeteria. Our meal consisted of several portioned courses: pasta, meat, vegetable, salad, dessert, bread, and a drink. The food was fresh and the amount was based on a young adult’s projected caloric intake. Overall, it was interesting to see the behind the scenes how a cafeteria kitchen in Italy functions.