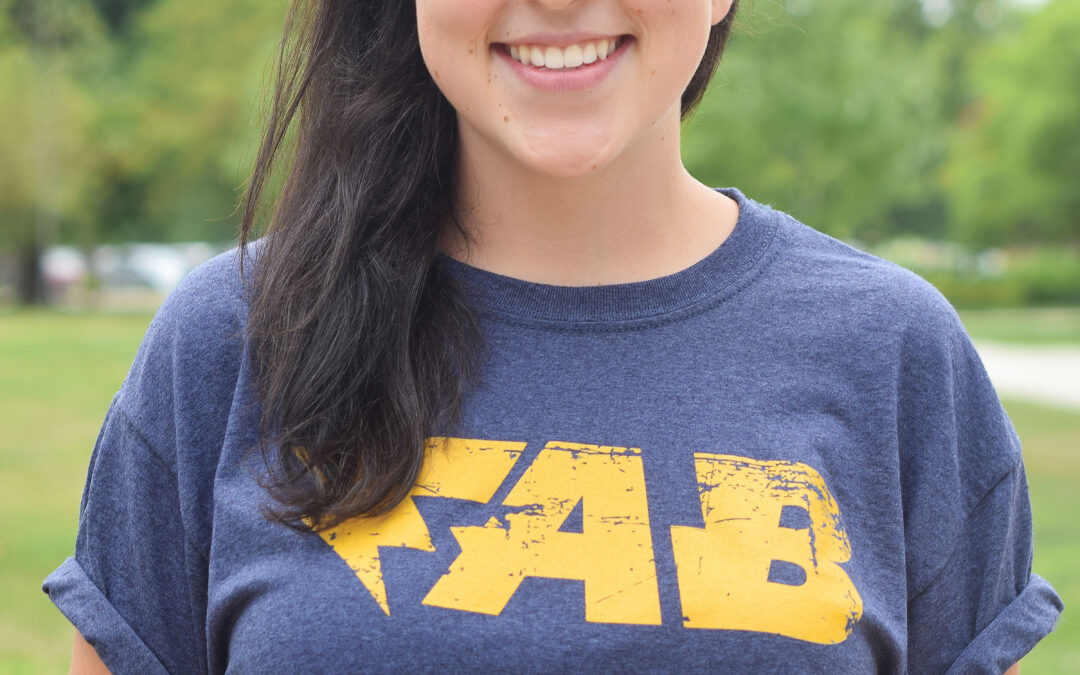 Elise Carney, BSN ’19, RN, has only been a nurse for a little over a month, but she is excited to finally have “a hands-on career that is both challenging and rewarding.” She is currently working at Cayuga Medical Center in Ithaca, NY, where she is participating in a fellowship program. During her fellowship, Elise will be trained on a med-surg floor and pediatrics unit before transitioning to her final unit, labor and delivery.

Surprisingly, Elise wasn’t originally drawn to labor and delivery. “Funny enough, going into nursing school I didn’t think I would like this area. However, once I got to be one-on-one with the laboring mother, I was able to give her and the new baby my full attention, and that’s when I knew this field was going to be a great fit for me.”

A resident of New York, Elise originally heard about Kent State through a family friend. Elise attended one of Kent State’s Golden Flash Days where she learned about the nursing program and toured Henderson Hall. The university’s campus and hometown qualities also made Elise fall in love with Kent State. She lived on campus for her freshman and sophomore years before moving into a nearby townhome with four roommates. “I loved my living experiences, but everyone’s preferences are different,” she said. “However, I think it would benefit all students to live on campus for at least one year. It is a unique experience that can benefit everyone.”

As a nursing student in Kent State’s Honor’s College, Elise embraced the challenge to grow as a student and a future nurse scholar. “I completed countless literature reviews, put together a handful of poster presentations, and participated in faculty research,” she said. “Assisting with research gave me a great appreciation for all the advances and new technology available within the nursing field.”

When asked about her favorite part of the nursing program, Elise didn’t hesitate when she said attending clinical rotations with her best friends. “Those people were not only a great support system. They became my best friends outside of the classroom, too.” She went on to say the group tried to schedule as many clinical rotations together as possible. “Being with some of the same people each semester made us feel more comfortable as we moved to different hospitals and new nursing units.”

Many students find they need to work while attending school. Elise suggests seeking job opportunities that are flexible and will understand the demands of a nursing student, such as on-campus jobs or on-call opportunities. She worked on campus in the Center for Student Involvement (CSI) and as a Kent Student Ambassador (KSA), which enabled her to branch outside of her comfort zone, meet new people, and develop her leadership qualities. “I served as the president and marketing chair for KSA and the president of the Flash Activities Board (FAB) for CSI.” Elise was also actively involved in Students for Professional Nursing (SPN), a student organization focused on building community and fellowship within the nursing program.

Throughout her time at Kent State, Elise learned how to prioritize and balance her time. “I quickly learned my limits,” she said. “Once I knew how much time I needed to put into my schoolwork and how much time I wanted to set aside to relax each week, it was easier to fill in the gaps. At times I definitely still struggled and spread myself too thin, but it’s all part of the process of learning what works best for you.”

She wants to make nursing students aware of the trap of feeling overworked. “There may come a moment where you will feel like you need to know everything about everything,” she recalled. “Do not be tempted to overwork yourself. Make studying each day a priority, with longer sessions leading up to exam days. But most importantly, always make time for self-care.”

One event Elise always made room for in her busy schedule was Kent State’s Homecoming weekend. “It’s a great way to kick off the fall semester and the spirit of the festivities carry over throughout the rest of year.” One of her most treasured Homecoming memories took place during her senior year, when she, alongside other CSI students, led the parade by carrying the 100th Homecoming banner.

Reflecting on her four years as a Golden Flash, Elise couldn’t help but smile at the memories. “I can describe my time at Kent in three words – learning, friendships and growth. I now know why Kent’s nursing program receives such great praise from its graduates.” When it came time to begin applying for nursing positions, Elise credits Kent State for instilling the confidence she needed to secure her first nursing job. “Kent State taught me to believe in myself and the nurse I was destined to become,” Elise said proudly. “Graduating from nursing school still feels amazing! All those years of hard work were 100% worth it!”